(Part 2, the sequel to Netflix and chill – and spend)

When last we saw our plucky hero, a colleague was commenting “You’re a single woman, you don’t have kids, you have lots of money – why don’t you have Netflix? It’s only $10 a month.”

Thus enough content for two blog posts was born. I pulled out my trusty soap box and got started. 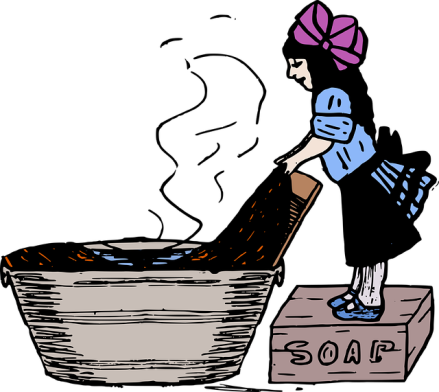 From the outside looking in you have no clue about a person’s financial well-being. In fact, being single is more expensive than being married in so many ways there’s a term for it – we pay the single supplement. Plus there’s the lack of a safety net. (I’m paying 80% of the expenses I had when I was married but with 40% of the income.)

You cannot – CANNOT – tell from appearances what anyone’s financial situation is. You think everyone is doing better than you? Show me the proof, the cold hard numbers. Debt, stress, overspending, living beyond your means – we know they’re big problems in North America. The man with the flashy car and the huge house? The woman who drives a 10-year-old car and patches her clothes? You. Don’t. Know.

When the economy collapsed in 2008/2009, it revealed just how many of us were building our lifestyles on credit and debt. A decade later, the level of consumer debt for Canadians is climbing – an average of $22,837 per person, not including mortgages. That makes us vulnerable.

As The Millionaire Next Door discovered, it’s not the outward displays of wealth that mean you’re rich. People with higher incomes tend to spend more on status symbols, feeling the need to keep up appearances. There’s a difference between income and net worth. Unless you know the intimate details of someone’s financials, you can’t tell what’s really going on behind closed doors.

So stop judging. Stop comparing. Do the best you can, make the best choices, for you.

I’ve heard a lot of “oh it must be nice” and “you’re so lucky” from people who see the trips, the condo, the concerts, but apparently they don’t see the extra time I put into working, the savings I work hard to accumulate or the energy I put into learning so I can make better financial decisions. Plus there’s the whole greener-on-the-other-side thing. Why do I have to justify myself just to make you feel better about your own choices?

Jughead and Betty would understand. They’re waiting for me in season two, which I’ll eventually watch – with or without Netflix.